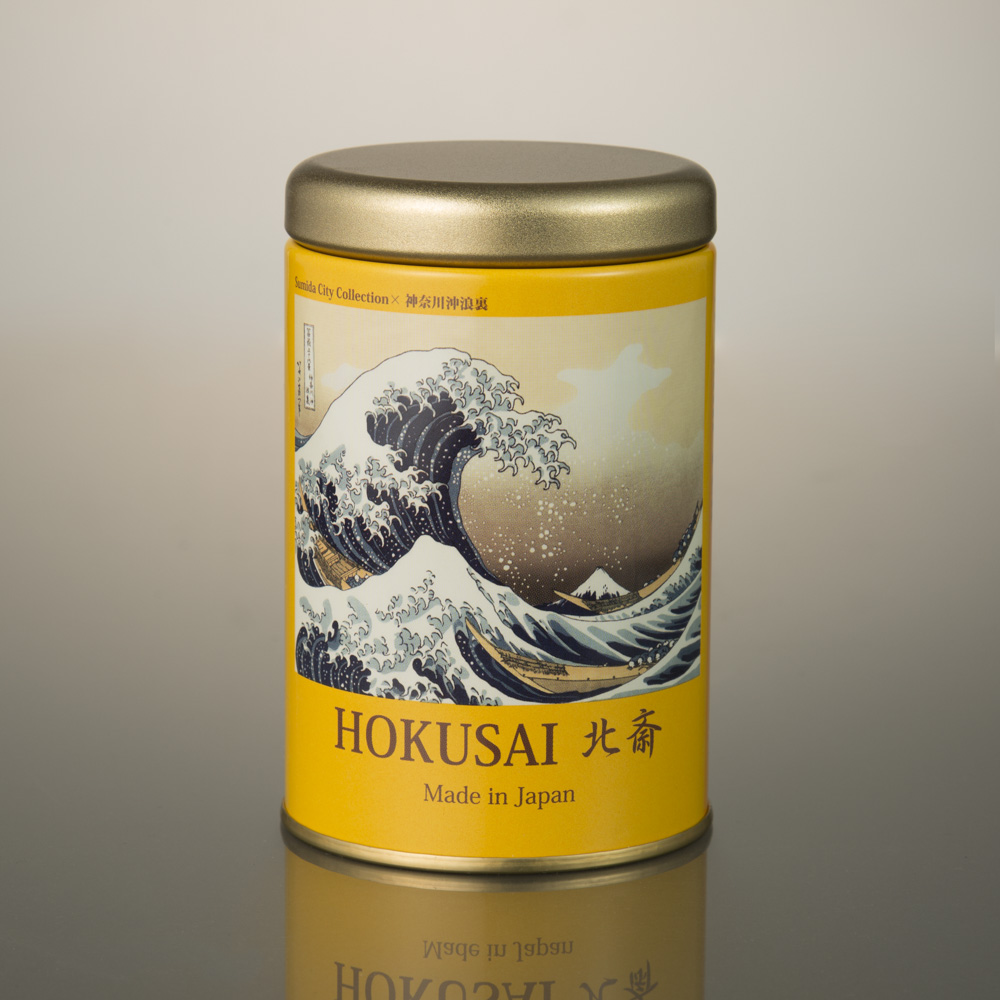 TOKYO MATCHA SELECTION proposes a plan the collaboration of 'Japanese tea and Hokusai Katsushika' that is popular in the world and sell products that can be enjoyed by people those who are the Japanese tea fan and the ukiyo-e fan.
We have the line-up of 7 types cans with the Hokusai's ukiyo-e design that contain Japanese tea bags or sticks. This Hokusai tea is also available for sale at the museum shop in 'Sumida Hokusai Museum'. We hope you can enjoy wonderful Hokusai's arts with the flavor and fragrance of Japanese tea.

It's rare to see from the people in that era, Hokusai was someone like didn't drink any alcohol but preferred tea, doesn't have any interests in food but liked Yuzu (a citron).

Hokusai Katsushika is a Ukiyo-e print artist from the latter part of the Edo period in Japan. His masterpieces are 'Fugaku Sanju-rokkei (Thirty-Six Views of Mt Fuji)' and 'Hokusai Manga'. He is one of the famous artist in the world.

Since Paris Expo in 1867, 'Japonisme' was broken out. His name value was then spread to world at once. A lot of ukiyoe were introduced at this Expo, their dynamic structure and vivid colors were not available for European paintings at the time, it gave a big impact for the European artists and it was the opportunity to create Impressions.

In Japan, we show our praise for his great work, 'Sumida Hokusai Museum' was opened in Sumida district in Tokyo and they have many of his rare collection there.