Seiza and The Tea Ceremony 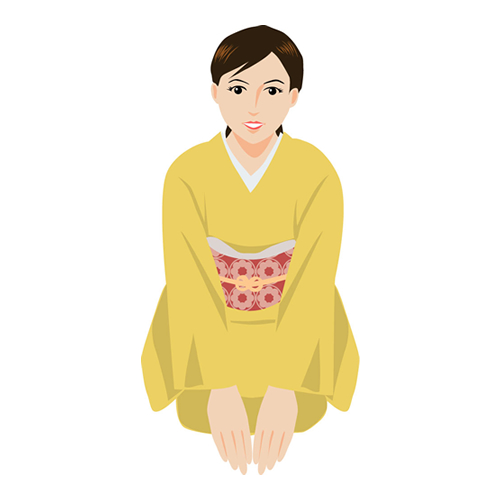 Most often, the Japanese tea ceremony is performed in a purpose built space known as chashitsu (茶室) - popularly known in English as tea rooms. In keeping with traditional Japanese architecture, the main building material is wood, with shōji (障子) - paper screens - used to divide the space, and tatami (畳) flooring throughout. Tatami flooring has two great advantages: firstly, it is easy to replace when mats become worn or damaged; secondly, it is infinitely more comfortable than wood or stone.


Seiza (正座) is the preferred style for sitting on tatami flooring in most formal situations, though centuries of conditioning has made seiza commonplace in all aspects of Japanese lifestyle. Seiza involves kneeling down whilst keeping a straight back, then resting one's buttocks on out-turned heels. For this reason, seiza can be uncomfortable for Westerners not used to sitting that way, but many Japanese people find it equally challenging. 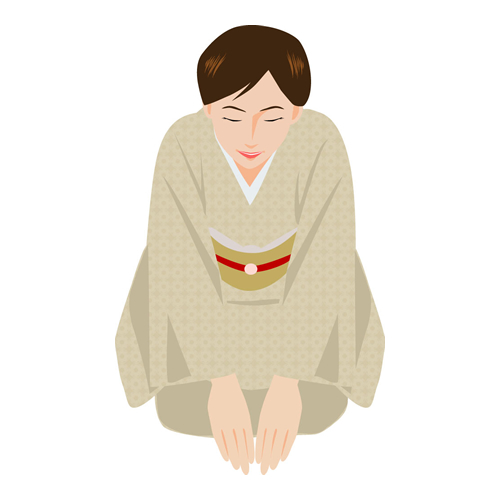 The word seiza literally means "proper sitting position" and its modern practice originates from the period when tatami floors first became the architectural norm, so reflecting something of the strict discipline of the ruling warrior class of the 14th century. Indeed, much of the formality and deference one sees in modern Japanese society is rooted in this past. These days, however, it is politeness that dictates when most people assume a seiza position, or where any other kind of posture might appear disrespectful or uncouth.


Self-discipline remains a highly regarded personal quality in Japan, so maintaining seiza for ceremonial purposes often requires an equal measure of both ethereal and physical control. Adepts make it all seem so effortless, lowering themselves to the kneeling position in a kind of gracefully controlled descent. In fact, the 'centring' of the spirit required to do this begins before assuming the seiza; as culmination to a longer, flowing movement that includes walking to the spot and standing prepared. In this way, there's no sense of 'falling' to one's knees with seiza - this is not supplication!

That's all well and good, but not everyone is able to reach the floor so elegantly. The older I get, the less possible this becomes, so I have to descend one knee at a time and just hope I can make it as ungainly as possible. But once I am down, I find the seiza fairly comfortable. In the seiza position, the knees are generally kept close together, one's weight being taken on the lower legs, and the soles of the feet turning outward to 'cup' one's buttocks and protect the ankles from undue stress. The back should be straight but not stiff, and hands rested on one's lap. Like any discipline, this requires practice, but if one remembers that the point of the seiza is not comfort, but deference, then maintaining the posture is a lot easier - for a while at least.

Strictly speaking, seiza isn't supposed to be 'comfortable' as such, but it's not intended as an ordeal either, so few ceremonies or other formal situations demand that people sit like it for too long. Personally, I can take about 30 minutes of seiza before my knees start to scream, which is far longer than the typical tea ceremony. The real trick is not to get up too quickly afterwards if you want to avoid sudden pins-and-needles.

Japanese people (who'll have learned seiza from a young age), if obliged to sit seiza-style for any length of time, find all sorts of ways to relieve discomfort, such as subtle ways of shifting their weight on their heels without appearing to fidget rudely. This is every bit as skilful as assuming the seiza position in the first place. However, for some people - the elderly or infirm - seiza might not be physically possible, in which case small stools or cushions may be provided according to the custom of the ceremony being performed and, of course, there is a variety of tea ceremony where both performer and guests are seated at tables.

Martial disciplines like kendō, aikidō and iaido have most influenced the way men assume seiza, adopting a knees apart position, with hands often laid palm down on the thighs.

The way that Japanese women assume seiza is most apparent with traditional cultural disciplines like the tea ceremony - as well as shodo (brush calligraphy) and ikebana (flower arranging) - with knees kept very close together, and hands folded modestly in the lap.

In a cultural environment that's essentially floor-bound, seiza makes a great deal of sense. It avoids pointing one's feet towards one's host or teacher, etc., or sitting with your back to them, both of which are considered very rude. And for women in loosely fitting kimono, seiza avoids the obviously embarrassing problems that sitting cross-legged would entail.

There are many situations that require the Japanese to sit seiza style, or where their learning unconsciously dictates it; most school children, for example, will automatically assume seiza when told to sit down and be quiet! Seiza is an important part of Japanese culture, so please embrace it if you ever have the opportunity to experience the tea ceremony in Japan; it's not as difficult as many people think, even for those who weren't brought up doing it!