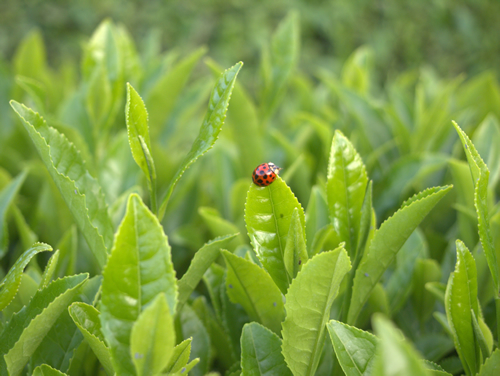 Here in Japan, there has always been a tacit acceptance that drinking green tea is good for one's health and wellbeing, but nothing like the interest it has been receiving in Western alternative health culture, where green tea and extracts from it are increasingly sold as health products.

The boom in green tea sales outside Japan perhaps reflects the heightened health consciousness of the modern age, as well as possible fears over our reliance on modern pharmaceuticals to cure or prevent illness. However, one should be wary of web sites that attribute green tea with exaggerated or unfounded preventative and/or curative medicinal properties. Thus, I would like to make it clear that I do not personally endorse or support any claims regarding the health benefits of green tea that are not backed up by scientific evidence.

The Active Ingredients of Green Tea

Green teas, black teas - like my favourite Yorkshire brew - and oolong tea all derive from the same camellia sinensis tea plant, though they are all produced by quite different methods. Whereas black tea production involves a fermentation technique, and Chinese green teas are pan fired, Japanese green tea uses a steaming and rolling process. This steaming process is important, as it allows for far greater leaf retention of certain antioxidants, polyphenols, and catechins.

These ingredients are known to have positive benefits to the human body, particularly with metabolism, and are suspected of having many other benefits as yet unproven scientifically. In addition, green tea and its extracts also contain B vitamins, natural folic acid (folate), manganese, potassium, magnesium, and caffeine. Any one of these constituents, or combinations thereof, may be having a beneficial effect on health, whether expected or not.

So Is Green Tea Actually Good for You? 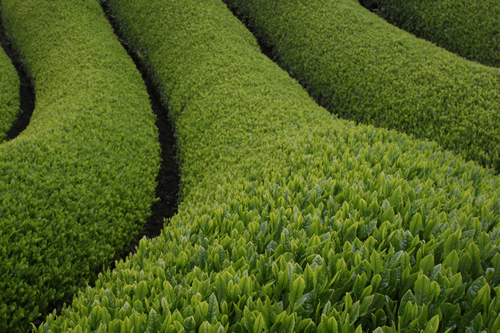 Like many green tea drinkers, I believe green tea is good for me personally; with a genetic predisposition to high cholesterol, and working at a basically sedentary profession, my metabolism needs all the help it can get! Of course, I cannot directly prove that green tea helps to manage my cholesterol levels or regulate my blood pressure, even though the scientific studies of catechins suggests it can do just that. Furthermore, drinking green tea is just one of several dietary and lifestyle choices I make.

The holistic approach to health and wellbeing is much better-understood in the West today than it was when I was growing up; even I know that regularly eating greasy cheeseburgers can undermine any positive benefits I might otherwise gain from drinking green tea! Perhaps, to borrow a phrase, it is better not to ask what green tea can do for us, but what we can do for green tea. In other words, one needs to balance the proven effects of green tea with those of other elements of one's lifestyle.

Oriental medicine, which has traditionally taken an holistic approach, has used green tea to treat a wide variety of maladies for centuries, everything from menstrual pain to depression. But the fact that green tea extract has been used for medicinal purposes is not necessarily proof of its actual efficacy in every case. I'm not saying that centuries of Japanese and Chinese pharmacists are wrong, simply that the effectiveness of green tea as a medicine is as yet largely unproven by science, and is probably dependent on other factors, including diet and lifestyle.

Interestingly, Japan has one of the lowest rates of coronary heart disease in the world, but it would be a stretch to say this was down to green tea when there are so many other factors at play. Japan also has one of the lowest rates of obesity among developed nations, but one should not take that as evidence of green tea's usefulness in promoting weight loss either. Green tea is only a small part of a generally better-balanced Japanese diet (compared to the UK and USA); and Japanese people are more physically active than many of their Western counterparts. Good diet and exercise are the only proven ways to lose weight and reduce undue physical stresses on the heart!

However, it would seem that green tea - or the catechins it contains - has an observable effect in reducing cholesterol, the main cause of heart disease and stroke. Reviews of studies in 2011 and 2013 showed that a reduction in cholesterol and blood pressure was observed in test subjects who had been drinking green tea, though further trials were urged to determine if significant, long term benefits to health were possible.

Similarly, a 2014 review of data from previously published studies seemed to show a small decrease in blood pressure among people who drank green tea, but it was unclear if this would lead to any long term prevention of heart disease or stroke.

There is a link between obesity and high cholesterol, but not everyone with high cholesterol is obese. That obesity has reached epidemic proportions in many Western countries perhaps explains why some might wish to see green tea as a quick fix for their weight problems. Yet, although catechin and caffeine can help the body burn more calories, a 2012 review of studies concluded there was no clear evidence that drinking green tea alone had any significant effect on weight loss.

Claims circulating on the internet that green tea can prevent cancer remain unsubstantiated. Indeed, numerous studies reviewed in 2009, involving hundreds of thousands of participants, concluded there were no associated benefits of drinking green tea for a wide range of common cancers.

Confusion may have arisen following publication of a 2015 study into the effects of combining the anti-cancer drug, Herceptin, with a chemical compound extracted from green tea in treating stomach and breast cancer, and which did yield positive results. Human trials are planned, but whatever comes from them will most likely be concerned with treatment, rather than prevention.

Scientific links between drinking green tea and the prevention of Alzheimer's disease are similarly unproven and based solely on a 2010 laboratory study using animal nerve cells. It remains to be seen if those results can be reproduced in human trials, but it is one of the more exciting areas of research into green tea's potential health benefits.

When visiting family and friends in the UK in recent years, I have been dismayed by their increasing preference for decaffeinated coffee and even tea, but I accept that some people may be more sensitive to caffeine's stimulant effects, especially if it is their habit to drink 10 cups of strong coffee every day! In that case, the issue is not really the caffeine, but the quantity and frequency of its consumption. In moderation, caffeine does offer some benefits, which I will come on to shortly.

However, if reducing caffeine intake is important, green tea represents an excellent alternative pick-me-up to coffee, black tea or cocoa, etc. Green tea contains half as much caffeine on average as black teas, and less than a quarter as much caffeine as coffee!

As we all know, the principal benefits of caffeine include improved alertness, concentration, stamina, clear-headedness, and sociability - claims that are all supported by scientific studies. One French study, for example, revealed that women who regularly consumed caffeine experienced a slower decline in cognitive ability. It has also been shown that caffeine has anti-inflammatory properties and can reduce concentrations of histamines, thus improving immune system functioning, and helping to alleviate allergic reactions. Other claims made for caffeine are remarkably similar to those made for green tea itself, particularly concerning metabolism and reducing cholesterol, but have yet to be proven conclusively.

I must admit, health concerns are the last thing I think about when I drink green tea - I simply enjoy the flavour, especially of thick, foamy matcha. Ultimately, the enjoyment of green tea is a subjective matter, for like all teas, all social stimulants, green tea has a feel-good factor all its own, even if it cannot necessarily cure our gluttony or prevent us from going senile in our old age.