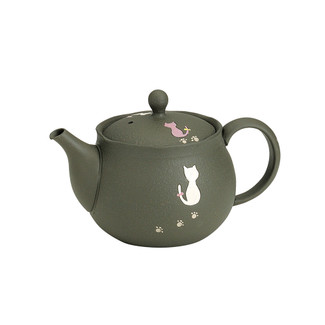 
TOKONAME-YAKIÂEÂEPottery / Ceramic
Tokoname yaki is counted as one of Japan’s six old kilns.
The production of tokoname ware dates back to the Heian period (794-1185). Back then, tokoname yaki was used for Buddhist related purposes. When the practice of tea ceremony spread in the Muromachi period (1338-1573), tea related products such as tea bowls and flower vases were made. In the Edo period (1600-1868), wares for everyday use were made in addition to tea wares. In the later years, pipes, tiles, and even toilets were made. The wide range of products is a result of the flexibility in the tokoname artist, producing wares to meet the needs of people in each point of the history.

KYUSU: Japanese Tea Pot
The word for a Japanese tea pot. The most common form is a yokode kyÃE«su, in which a handle protrudes straight out of the side of the pot. Traditionally this makes it easy to pour for a guest sitting directly in front of you (as you would in a traditional Japanese tatami mat room), and in quick, intermittent bursts allowing the tea to mix inside the pot. 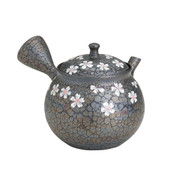 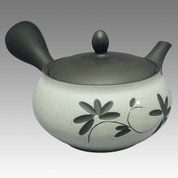 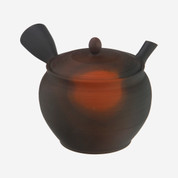